A Kingdom of His Own - Constable; and my landscapes

I stumbled across the biography "John Constable - A Kingdom of His Own" by Anthony Bailey at the local library. It was somewhat of a coincidence as Bailey wrote the little monograph on Vermeer that I wrote about a few weeks ago.

What attracted me to this book was the subtitle "A Kingdom of His Own" because it indicated to me Constable's familiarity (at the least) or obsession  with one patch of landscape, the area where he grew up, lived most of his life and immortalised in his paintings. It is something I have come to realise I am trying to do in my own work. My new show will be called "Paradise Found - Close to Home". So I thought looking at Constable in this way would have some resonance with my current concerns. I always manage to glean some thought-provoking insight from such books which relates to my work.

Years ago I read of Edgar Degas that when faced with a painterly problem he would go to the art of the past to solve it. I have tried to do this also, steeped as I am in the achievements of the old master painters.
Constable had a different view.

" For these two years past I have been running after pictures and seeking the truth at second hand..."

Despite his admiration for Claude and Rubens, he had resolved to avoid imitation of and even exposure to other artists, and he stayed put in England. He seems to have had none of the restlessness that causes artists to pack their bags and seek other lands. 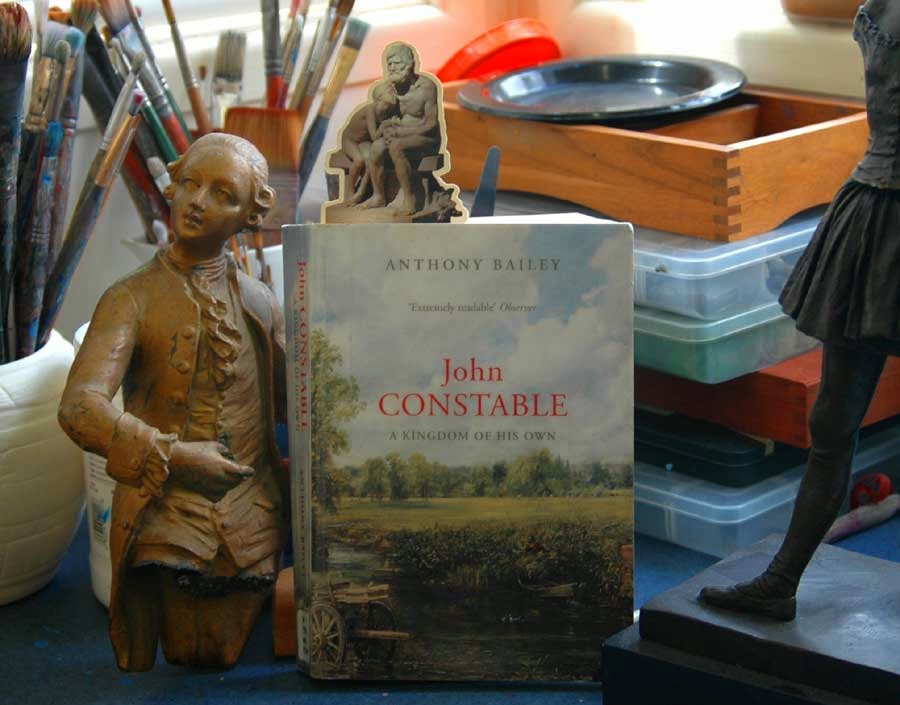 Here is the book with my favourite bookmark, gestured to by my spelter boy "Mozart"
and the shapely leg of Degas' Dancer.

Constable was what Bailey calls a "stay-at-home artist". Deep down Constable knew he was doing something for posterity but he was very unpopular while doing it. The "taste" came from pictures from the past but Constable wanted to go to the source, to nature itself for his inspiration.

Constable set those artists who only had eyes for what others had accomplished against those who went to the primitive source, Nature, and added to Art qualities unknown to it before. The latter thus formed a style which was original. The first type merely repeated the work of others and their work was therefore easily comprehended and welcomed. But the second type would always struggle for recognition. This is so true of Australian art today. The People's Choice prizes always going to a work in a "style" the public is familiar with and can relate to easily.

"The Dutch painters were a stay-at-home people - hence their originality."
Apparently Boucher told Sir Joshua Reynolds that "he never painted from the life... for nature put him out."

Constable describes Mannerists as those who "fill the intervals between the appearances of the great artists. They are the productions of men who have lost sight of nature." I think this a valid point, but the dilemma is that if painting is really firstly about PAINT then it is a juggling act between nature and art.

I will quote Constable in full here.

"Manner is always seductive. It is more or less an imitation of what has already been done - therefore always plausible. It promises the short road, the near cut to present fame and emolument by availing ourselves of the labours of others. It leads to almost immediate reputation, because it is the wonder of the ignorant world. It is always accompanied by certain blandishments, showy and plausible, and which catch the eye...   As manner comes by degrees...   all painters who would be really great should be perpetually on their guard against it."

Well said! I guess this means working to a formula, which is the death of creativity. 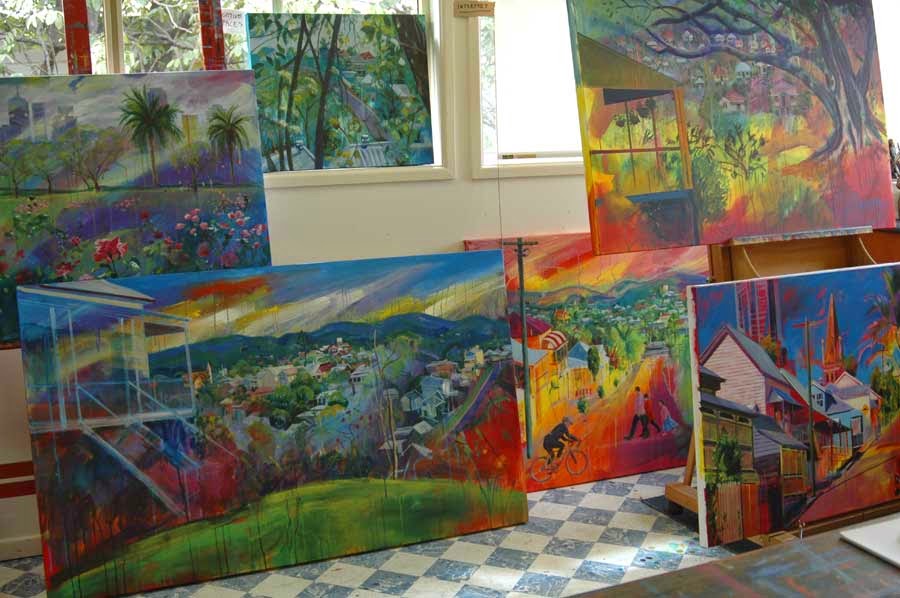 So at this point I insert a sneak peek at my unfinished urban landscapes from my little piece of earth. It is not Nature but is my nature and my little domain.