A View of Delft - "Perfection of the life or or of the work?"

I was attracted to the book "A View of Delft - Vermeer then and now" by Anthony Bailey (Chatto& Windus 2001) at the local library because of the amazing painting of that name by Vermeer and the fact that I too am painting views of my local area. I had never read about Vermeer's life in such detail before.

The first unanticipated fact that I read was about the gunpowder explosion of 1654 in Delft in which Carel Fabritius lost his life. Earlier this year I read Donna Tartt's novel The Goldfinch about Fabritius's painting by that name. In the novel the painting survives a 20th century terrorist bomb explosion in an art museum in New York and in the Vermeer book I discover the real painting of the goldfinch did in fact survive an explosion in Delft in 1654. Maybe Tartt makes this link in her book, maybe it was her starting point, but if so I glossed over it at the time.

The Anthony Bailey book I read with a much larger Vermeer monograph of the complete paintings by Norbert Schneider beside me so I could peer closely at the details he described. 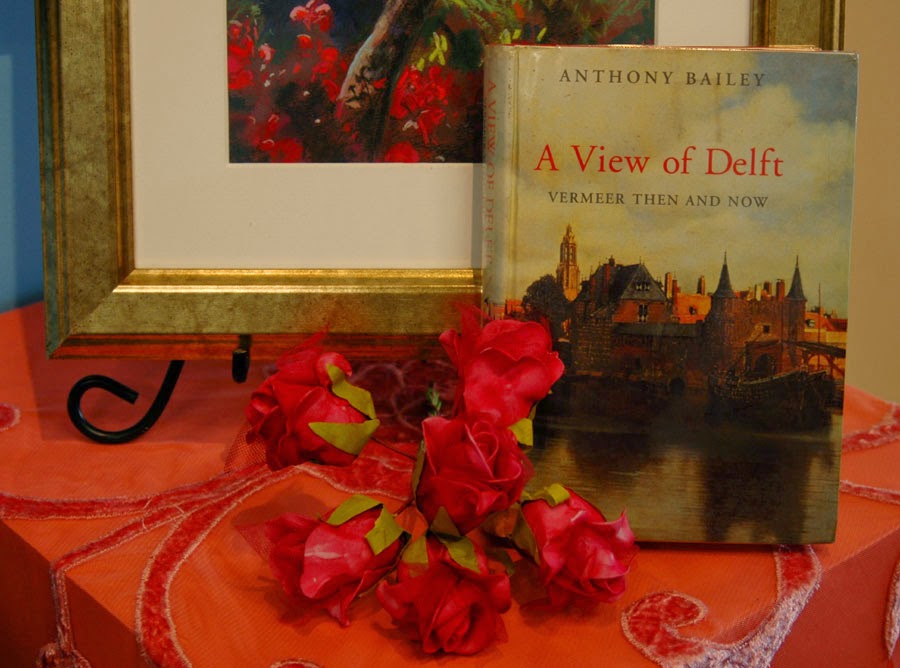 I would like to quote a passage from Bailey page 104.

"With an eventual eleven living children, Vermeer may well have pondered how to divide his energies; his slow production of paintings meant he completed only some three pictures for every child. The poet Yeats later put the dilemma as which to choose, perfection of the life or of the work? A ruthless genius may plump for the latter. A more difficult task faces the home-loving artist who tries for both."

I believe at different stages of our lives we oscillate between these two. Certainly for me at the moment the art comes before the life. It is the most important thing, but would it even exist without the life? And if so in what diminished form?