I am establishing a painting routine that is working well for me. Most of the week I work on my own in my studio and Friday mornings I go to Royal Queensland Art Society to work from the model. One week it is a nude figure the next it is a clothed figure suitable for portrait work. It is always just the one three-hour pose for the entire morning.

This is my painting from yesterday's session. 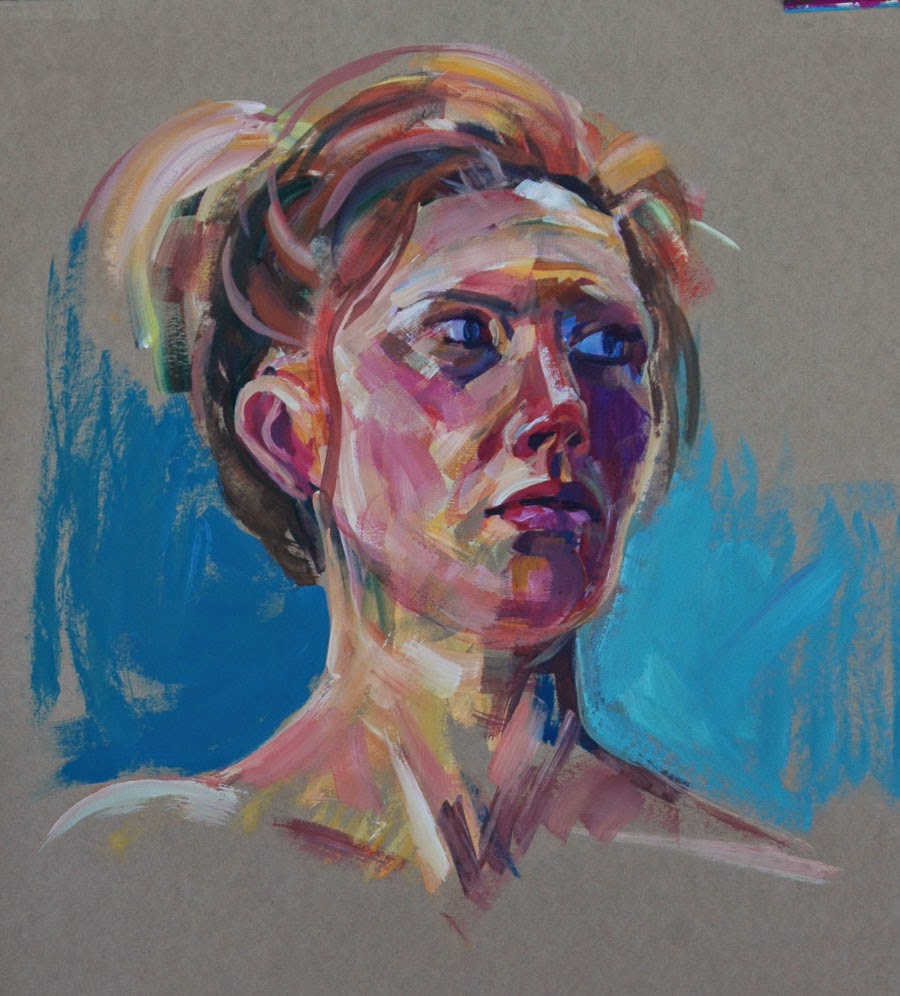 The model was nude and I was given the opportunity to "set" her pose so I chose a standing pose up on the plinth with her body facing towards me and her head angled away looking up. I was seated on a donkey easel with a lower viewpoint.

During the week I saw the amazing movie "In Search of Chopin"  and I was reminded of Delacroix's portrait of Chopin. 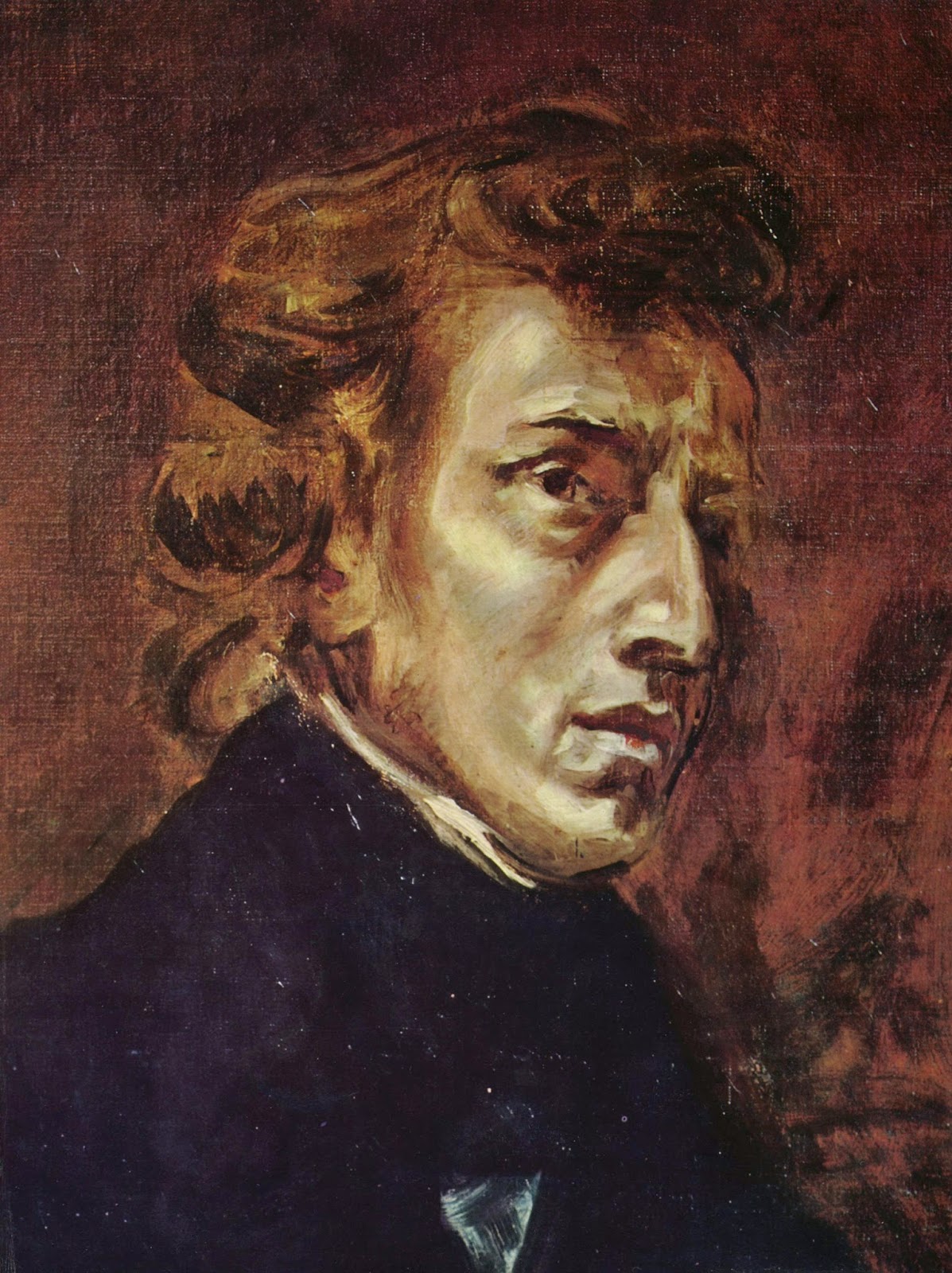 It is obviously just a quick head study not even progressing past the tonal block-in stage but the angle of the head really appeals. It has a lean not only sideways but also away from the viewer as if he is listening to music and concentrating. It is a fully Romantic image fitting in well with the feeling of that whole era of artists. painters, composers, musicians, and writers (George Sand) all being great mates and bouncing ideas off each other. Mutual respect was the order of the day. I have visited George Sand's house in Paris and it felt like a pilgrimage to the shrine of Romanticism. There is a great movie called "Impromptu" starring Hugh Grant as Chopin and Judy Davis as George Sand that I saw years ago that has stayed with me. In fact I used to dress in a men's style black suit  with tie there for a while in my youth!

To get back to my work, I had forgotten how much I enjoy working "alla prima". Obviously before the age of photography  everything was done from life (or from memory) but not necessarily as quickly as this sketch seems to have been done. You can't expect a model to hold such an obviously awkward angle for long. That is why I placed myself at the lower viewpoint.

The light was from above and to the left and I started boldly with yellow on the left of the face and purple on the right. I think the nailed the right side pretty early on and have just left it. The eye on the right I had to adjust several times and I do think it was because of model shifts after each break. I still have a plan of working with the "accidental" and the messy mark that is almost so wrong it is right, Almost!

Acrylic on card, big brushes throughout. Lots of the cardboard left to show through.